We Looked Away – Reg Meuross 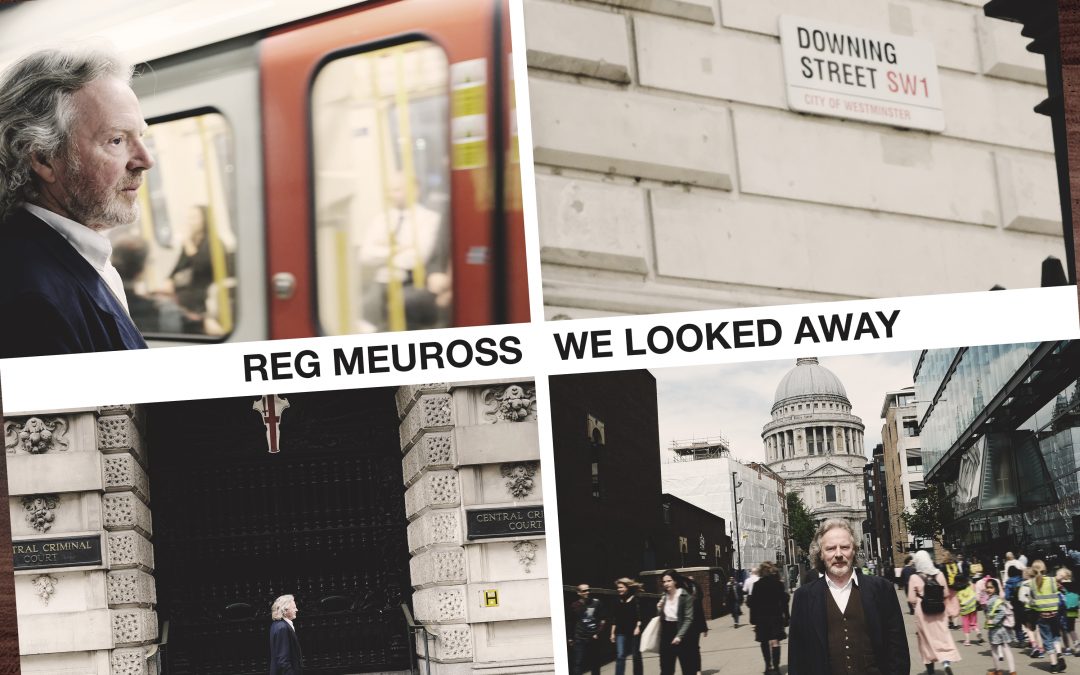 We Looked Away is the new single from Reg Meuross. Track One on his latest album – RAW. Order RAW HERE See Reg Meuross live: DETAILS Video produced by Katie Whitehouse, Shot & Edited by Jake Cauty, Production Lighting by Kelly-Anne Bond, Filmed at The Barrel House, Totnes In conversation Reg said this: “The first verse is about when I went to Dachau, the concentration camp, and I remember how suburban and leafy and comfortably middle class it was… with the camp hidden behind some trees. I thought about how those people would’ve seen the trucks but never questioned it. The second verse is about the dictatorships that even we seem to be under now with Trump and May and the fact Mugabe hung on so long and Gadaffi… and how they continued to get away with unbelievable atrocities – the rivers ran crimson – and still they weren’t deposed.. With Trump and May it’s less obvious but it still feels like we’re being destroyed by them. And the last verse is about the environment, the Extinction Rebellion protests, the overwhelming proof of global warming ignored by governments. I’m not trying to be accusing but just feel we should be more aware, and we should find our voice and speak up, and take action where we can. And I question the fact a lot of people don’t even use their vote” WE LOOKED AWAY lyrics When the leaves were softly turning And the constant engines rolled And the ancient air was rich with summer turning While the war was far off raging We were safe behind these trees And nothing changed but something distant burning There was talk and there were rumours Those who never came back home Troops on the streets and cries behind the curtains Those unsafe by their religion or the colour of their skin Yes we heard the news but how could we be certain? No we never asked the questions We were busy with our day We looked away we looked away His eyes were bright with promise And they shone with his great gift And a nation swore allegiance to his vision And his word rang like cathedral bells Calling all lost souls to join And praise and to rejoice in his great mission While the rivers turned to crimson We were busy with our day We looked away we looked away In the north the ice is melting And the oceans fade to grey And the whales cry for the dying of their nation And the earth is stripped and wasted Greed and progress have their way While it sickens more with each new generation Roll the blinds and draw the curtains We are busy with our day We looked away we looked away Come the hour of your judgement Would you take the stand and say I looked away I looked away?
Tweets by frtheWhiteHouse