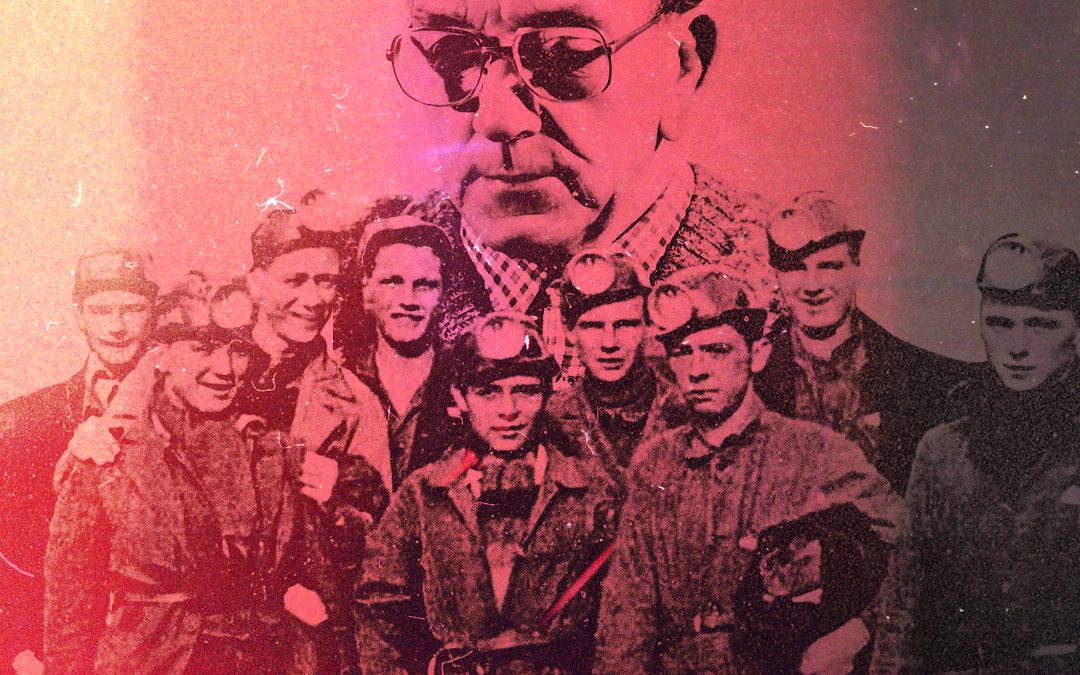 Reg Meuross is widely acknowledged as “one of the finest singer-songwriters this country has produced” (Mike Harding) and has been called “a mighty songwriter and an equally fine singer” by no less than folk legend Martin Carthy.

That he should choose to mark the 75th Anniversary of VE Day by bringing the story of The Bevin Boys to the fore is typical of a man whose back catalogue is strewn with stories of underdogs and under-recognised heroes from Victor Jara, to Emily Davison, Harry Farr, and many more.

With 13 solo albums to date, Reg is an artist who is constantly creating. In 2020 he released the lock-down single Shine On, which was broadcast on the BBC Radio 2 Folk Show just two weeks after being written, and he oversaw an extensive reissue of his first six solo albums described as “essential” by Penny Black Music.

As always with Reg Meuross there are exciting plans and more songs in the works but, for now, join him in remembering those who sacrificed so much by listening to The Bevin Boys (Bill Pettinger’s Lament), available to purchase and stream from all digital outlets on the 8th of May – pre save HERE.

Commissioned by Martin Pettinger, the son of Bevin Boy Bill Pettinger, the song, in trademark Meuross fashion, distills the experiences and story of The Bevin Boys and their fifty year wait for recognition into 3 minutes and 30 seconds of Guthrie-esque country-tinged folk, complete with a fiddle accompaniment from the one-and-only Phil Beer (Show of Hands).

When Britain declared war in 1939, thousands of experienced miners left the mines to join the armed services or transfer to higher-paid ‘war industries’. By the summer of 1943 over 36,000 men had left the coal industry.

The British government decided that it needed around 40,000 men to take their places and so 10% of all male conscripts aged 18-25 were chosen, by lot, to work down the mines instead of being conscripted to fight in WW2.

Nearly 48,000 Bevin Boys carried out vital and very dangerous work down the mines. Although the last ballot took place in May 1945 (shortly before VE day) the final conscript were not released from service until March 1948.

During this time, Bevin Boys were targets of abuse from the general public, who mistakenly believed them to be draft dodgers or cowards, and they were frequently stopped by the police as possible deserters. Their contribution to the war effort was not recognised until 1995 (50 years after VE Day) when the Queen mentioned them in a speech, and they were eventually allowed to formally participate in Remembrance Day at The Cenotaph in London.

You don’t get medals down the mine