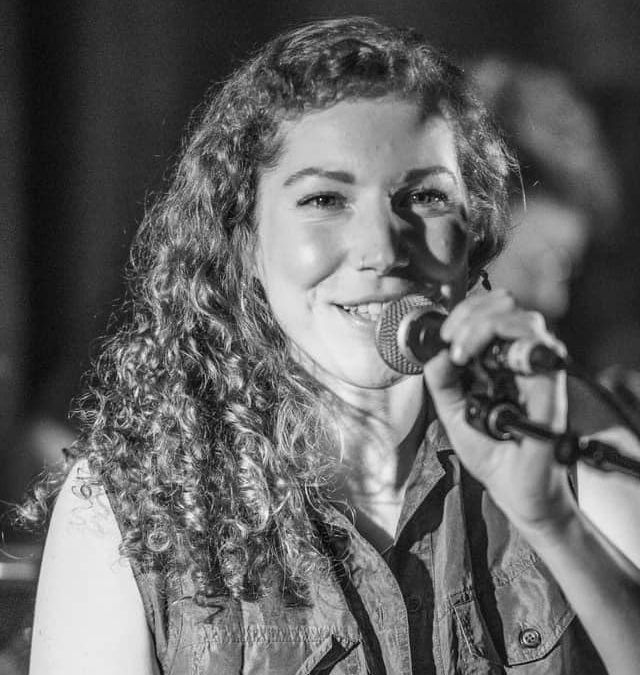 Firstly a big Happy Birthday to our wonderful Freya of Harbottle & Jonas today!

Hopefully Dave and Freya have managed to celebrate after a busy run on the road with Reg Meuross (Songs of Love & Death) and then a packed out gig at Folk on the Moor at the weekend where several said they’d heard about the gig from Mark Radcliffe’s shout out on BBC Radio 2’s Folk Show during the week. Mark also flagged up Friday 29th April at Horton and LIttle Sodbury Village Hall and Saturday 20th at Smuggler’s Den in Cornwall. All details HERE.

The Haar’s extraordinary album – Where Old Ghosts Meet comes out this Friday 29th April. Wonderful reviews are flooding in and here’s a chat they had on Handed Down Folk podcast – great place to find out all about the album from the band themselves: HERE
The album is available here: https://bit.ly/WhereOldGhostsMeetORDER
VIDEO – Wild Rover as you’ve never heard it before: https://bit.ly/TheHaarWILDROVERYouTube
The band is booked for Shrewsbury Folk Festival and Costa Del Folk (As You Like it) 2022.

Jessie Summerhayes (poet) and Murray Grainger (accordionist from The Ciderhouse Rebellion) who together with Adam Summeryayes make the trio Words of A Fiddler’s Daughter are guests on Brian Play’er’s Acoustic Cafe Radio show tonight (Tues 26th April) at 8.15pm – and available to watch again.
Suthering means  “the sound of the wind through the trees or wind under a birds wing”, which FATEA’s live reviewer Tony Birch says “does describe their music so well. It can be a gentle breeze or a stronger wind but always beautiful. At the heart of their music are these incredible harmonies that weave around each other and the melodies with theatrical grace.” The duo is back in Devon (after wonderful gigs in Kent and London) and gearing up to perform a Villages in Action concert at Bishopsteignton Village Hall this Friday 29th April
TICKETS HERE.
Charlie Dore‘s new video is now out! Very, very beautiful. We all need a “small hymn to silence, space and slowing down.” A Hundred Miles of Nothing – Charlie with Michele Stodart of The Magic Numbers.
WATCH: https://youtu.be/RXOHusZeOy8

Devon duo Long For The Coast have got some new videos coming – watch this space, they’re great!

Five albums in and award-winning singer-songwriter Dan Whitehouse continues to renew, reinvent and reimagine – touching listeners with his observations and moving them with his sensitivity and impeccable songwriting. 2022 sees two new album releases, The Glass Age and Voices From The Cones – springing from opposite ends of the ‘glass spectrum’ in what happens to be the International Year of Glass. Check out Dan’s April Brum Radio show ‘The Glass Age’ which features Swedish multi-instrumentalist, producer, composer and songwriter Gustaf Ljunggren – Musik LISTEN: https://bit.ly/TheGlassAgeAPRILGustafLjunggren

Words of A Fiddler’s Daughter… that big news we mentioned… will be announced this week!

Chris Cleverley’s soon heading out on his beautiful Spring tour

That’s all for this week! All booking enquiries bookings@fromthewhitehouse.com