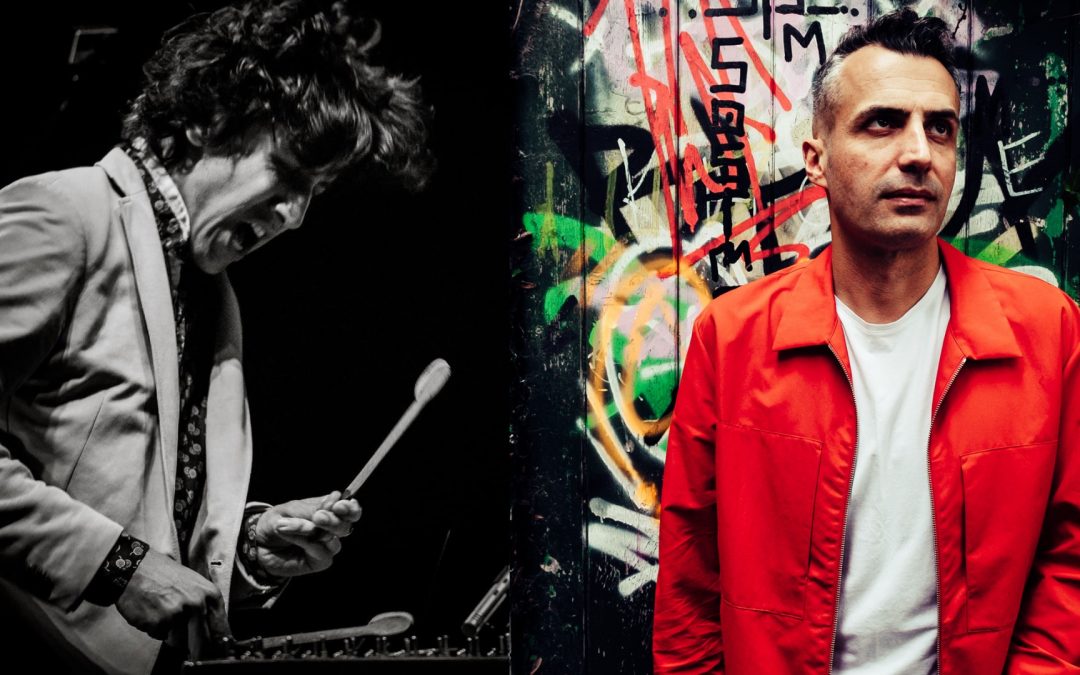 An evening with one of the world’s most celebrated hammered-dulcimer players and one of the UK’s finest singer-songwriters: beautiful music and songs mixed with spoken word and “lyrics that avert your gaze to the sky”
Ten Steps “is both extraordinary and beautiful. I strongly recommend you try and see this tour if you can, it will be one of a kind.” Folk Radio UK

“Ten Steps and these two artists are enough to swell your soul and soothe your ears. As they say, ‘let the rhythm guide you’.” Arts Culture Mag

English singer-songwriter, composer and spoken word artist Dan Whitehouse and one of the best hammered dulcimer players in the world Max ZT  step out together from behind the glass in November for a series of special shows in a selection of the UK’s coolest acoustic environments.
“Force of nature”, Brooklyn’s Max ZT, is an innovator of his instrument. His unorthodox playing and bold experimental style have led him to be described as the “Jimi Hendrix of hammered dulcimer” (NPR). This, his first solo UK tour, sees him pushing the boundaries even further as he embraces the spoken word, soulful singing, and “lyrics that avert your gaze to the sky” (BBC Radio 6) of award-winning Black Country singer-songwriter Dan Whitehouse.
Both artists were selected to represent their countries in the international Global Music Match project back in May, when Dan found himself in lockdown in Japan. The pair collaborated online – interweaving poetry and song with music which fuses multi-cultural roots and traditions – to create a truly compelling and innovative sound.
The tour encompasses six dates (all details dan-whitehouse.com/live)
NOVEMBER
Weds 24 – Anthony Burgess Foundation Manchester
Thurs 25 – Royal Birmingham Conservatoire
Fri 26 – The Sound Lounge Sutton (with Ainsley Hamill)
Sun 28 – Ashburton Arts South Devon
Mon 29 – Glass Studio at St George’s Bristol
Tues 30 – St Anne’s at The Plough Arts Centre Barnstaple North Devon
At the Sound Lounge on Friday 26th November, they will be joined by Guardian celebrated Scottish singer songwriter Ainsley Hamill, who has also been collaborating with Max and Dan online. The Voice of Ainsley Hamill, “hovering between the comforting warmth of The Breath and the whip-smart forlornness of early Adele” The Guardian.