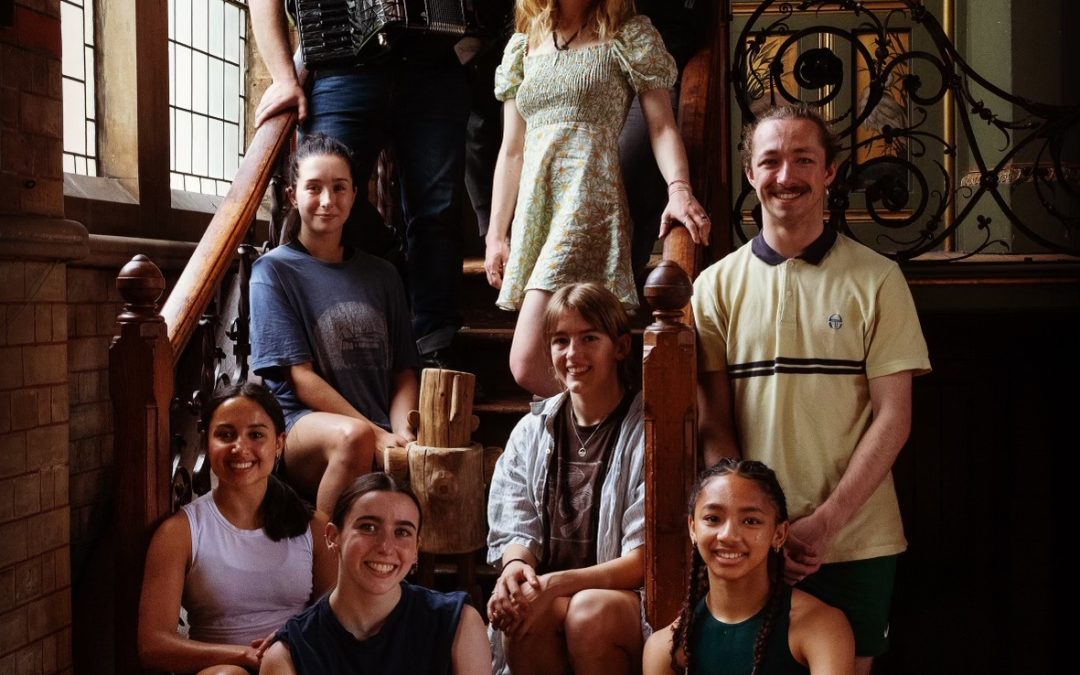 The Tears of Jenny Greenteeth

A New folk ballet presented by Deborah Norris’s Ballet Folk and the music/spoken word trio Words of a Fiddlers Daughter will premiere this Summer.

AUGUST 10 SUMMER BY THE RIVER  INFO AND TICKETS

This is an adaptation of the traditional folk tale Jenny Greenteeth, weaving poetic storytelling, improvised music and contemporary ballet into an immersive piece of theatre to transport audiences to the valley of Greenwater in order to witness the unfolding of a dark yet triumphant story – The Tears of Jenny Greenteeth.

The story was written by poet Jessie Summerhayes in collaboration with musicians Adam Summerhayes and Murray Grainger, and director/choreographer Debbie Norris.

This is a tale from a time younger than ours, where love and forgiveness overcome fear, sadness and greed. A tale where nature triumphs over the poison of industry. A Miller’s daughter is swept away in the mill race, her parents left transformed by grief. The people of Greenwater live in fear as their children disappear – suspecting that they are being taken and drowned by the Miller  – Jenny – whilst her devastated husband creates an industrial complex and an army of workers, his skills as a magical toymaker transformed to pursue wealth. Many in the town benefit from the riches, but the society becomes more and more divided – a social wasteland begins to mirror the industrial one. An unexpected return precipitates change – but it is a race between disaster and redemption.