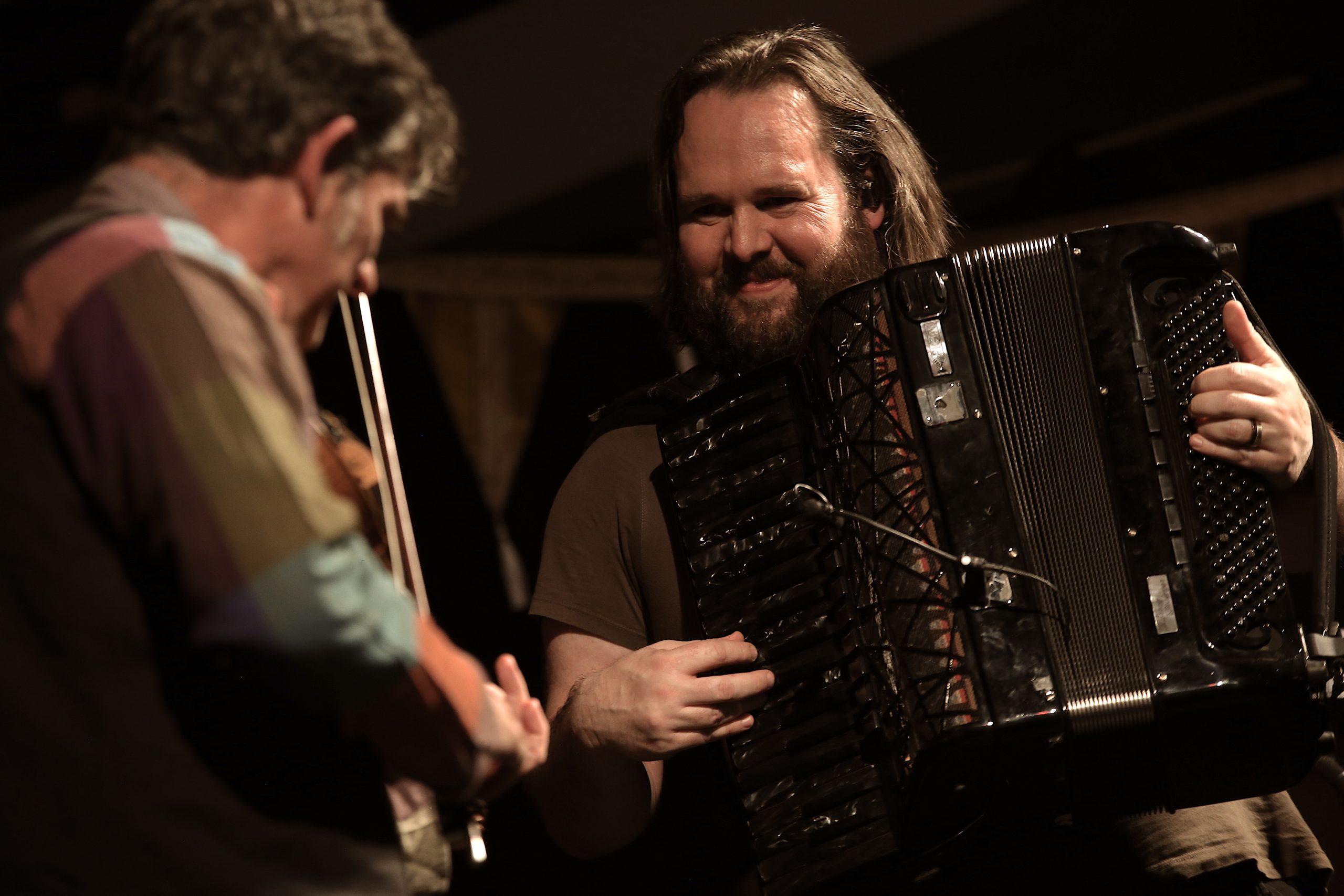 The pair specialise in creating music in the moment, based on traditional tunes or their own compositions – often springing from a single note, key, time signature or emotion. It’s this unusually improvisatory focus that is uniquely magical. Their quest is to create music with no conscious thought between conception and playing – always searching for the unexpected and the possibility to create a deep sonic narrative that transports the audience.

Both Adam (violin) and Murray (accordion) are recognised virtuoso musicians in their own right, touring the world as professional artists. Although the pair only started working together in 2020, they have already released 4 celebrated albums, won Arts Council support, been featured on Folk on Foot, scored a BBC Radio 4 play and played significant festivals across the UK and Europe.