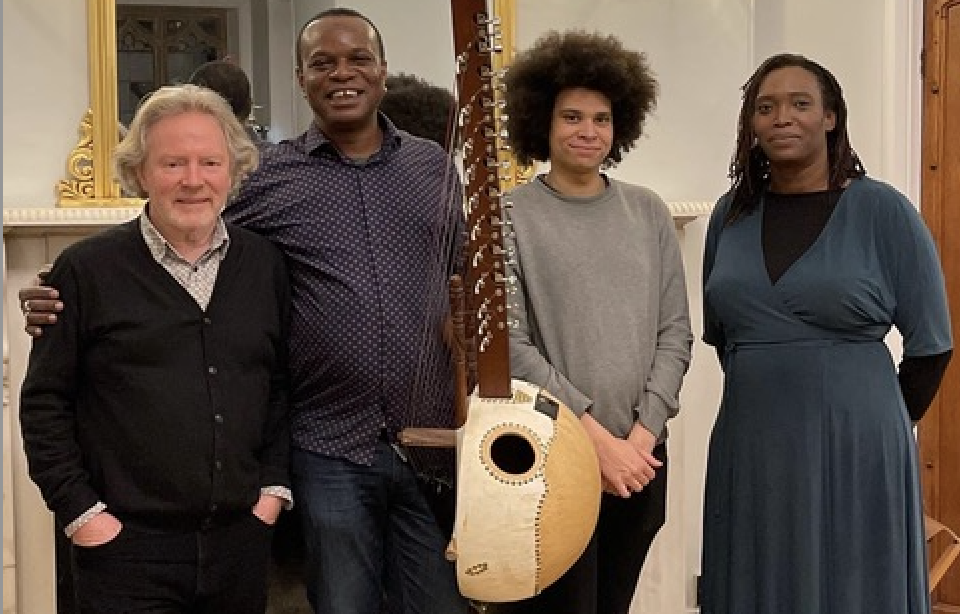 For the last four years, uncovering the stories of the Atlantic slave trade across the South West of England has been the mission of Somerset-based songwriter, Reg Meuross, for a new project entitled Stolen From God. After being joined by Senegalese kora master Jali Fily Cissokho, concertina player Cohen Braithwaite-Kilcoyne and vocalist Jaz Gayle, the project gained support from Halsway Manor’s bursary fund. Thanks to this Stolen From God has developed into a more ambitious endeavour with an IndieGoGo campaign launched to raise £10,000. This will fund the recording and production of an album ahead of a UK tour during this October’s Black History Month.

With evidence of the slave trade across the South-West of England, and a real need for the stories to be told, Stolen From God features a set of incredible songs, with narration and visuals to tell the challenging and often harrowing tales of the region’s past.

Master kora player and Griot (African tribal storyteller/musician) Jali Fily said of the project: “I’m excited to be stepping into this collaboration and a new genre of music for me. Reg’s songs are very much in keeping with my own Griot tradition of preserving important histories.”

“In the wake of BLM, there’s an urgency around untold truths and untaught material” Jaz explains. “It’s a bold move to explore these issues in song, in the folk genre particularly. I don’t think it’s been tackled in this way before. It needs to be told in different ways, by diverse musicians and recieved by new audiences. I’m proud to be selected to be part of this and Reg’s treatment of the subject matter is groundbreaking.”

Reg continued “Evidence of involvement in Transatlantic slavery is everywhere in the West Country: Topsham, Bridgwater, Bristol, Plymouth & Bideford were all significant ports”.

“All of this hideous criminality, actively masquerading as greatness and Empire, slowly reveals how many of the glorious achievements of Britain’s colonial past are tainted by the fact that the map of empire is the blueprint for the history of slavery and racism.”

Cohen added “Stolen From God brings attention to a seriously neglected era of British history with songs that are genuinely thought-provoking”.