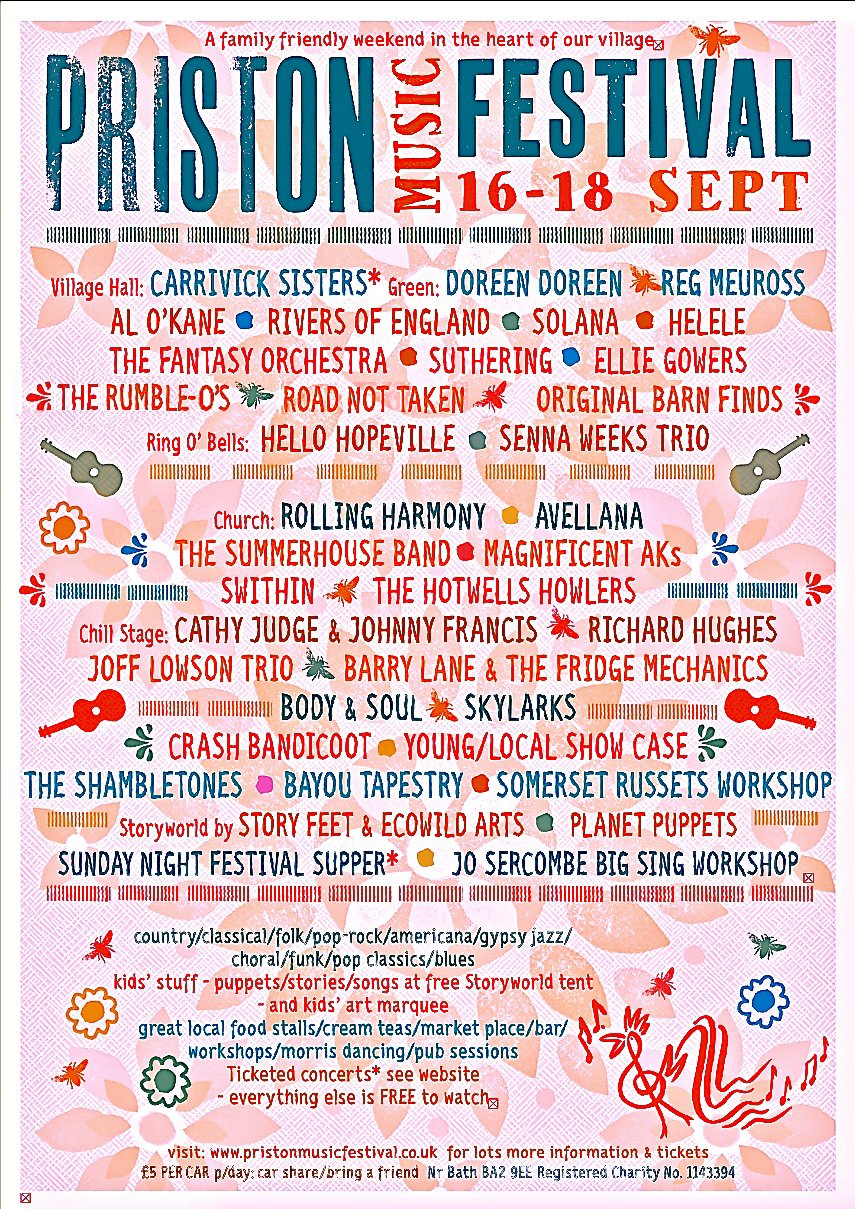 Suthering will be performing at this year’s The Priston Music Festival. 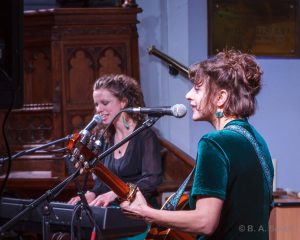 What the organisers have to say about the festival:

“Priston Festival was formed as a charitable society by a group of local people in 2008.  The aim was to create an annual community festival which would allow us to celebrate local music and artistic talent – hence our slogan “Live ‘N’ Local“!

Many of the acts who perform are from the nearby cities of Bristol and Bath – both renowned for their music scenes. We also stage a smaller number of  nationally-renowned acts  from further afield

We aim to stage an event which has a broad range of music.  Previous festivals have included folk, jazz, blues, rock, world, reggae, choral and classical music.  We also provide singing and dancing workshops, film, and literary events as well as children’s art activities.

The main venue is the Village Green Stage outside the Ring O Bells pub. There is also a smaller Chill Stage in the Village Hall car park. These are where the majority of the acts on show perform, and they are free to view.
We also stage music, film and literature in  the beautiful parish church, the village pub, and the old village hall with its newly-refurbished car park.

Note there is no camping as part of the festival, but a limited amount of camping is available from a local farm by private arrangement (email for more information).

Most events at the Festival are free, but we raise the money we need to mount the Festival from selling tickets for selected events and through sponsors. We also make a small charge for parking (see Visitor Info.).

We welcome visitors as well as residents to the Festival and provide events which cater for all ages.

We seek to make the festival as sustainable as possible. Our main catering suppliers are local companies with good credentials in environmental stewardship. We seek to equip the festival through re-cycled materials (the main stage is built out of recycled wood). And we seek to reduce waste as far as possible and recycle what waste there is.” 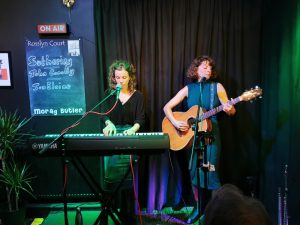 Suthering, meaning “the sound of the wind through the trees or wind under a birds wing”, combines the musical talents of Julu Irvine and Heg Brignall. A couple in life and in music, the duo have taken the folk scene by storm with their unusual and fresh approach to folk. Julu and Heg are true story-tellers who champion female characters, creating new narratives for women and unearthing the heroines of folk.