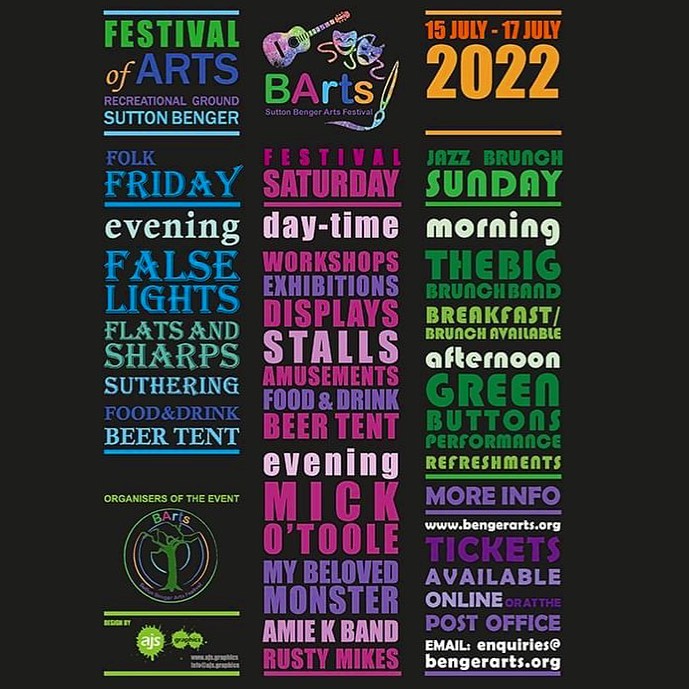 Enjoy this extravaganza of folk music on the Rec at Sutton Benger near Chippenham.

Their debut album If We Turn Away, explores themes of community, connection, environment and conscience is very much a reflection of the times we are living in and has been influenced by the duo’s experiences during the pandemic. Each song is carefully crafted and arranged, telling tales of struggle and triumph against all odds; from both their own lives and from stories they have found.

As well as Suthering, False Lights & Flats and Sharps are also performing at this concert.

All info for this festival can be found at: Home – BArts – Benger Arts