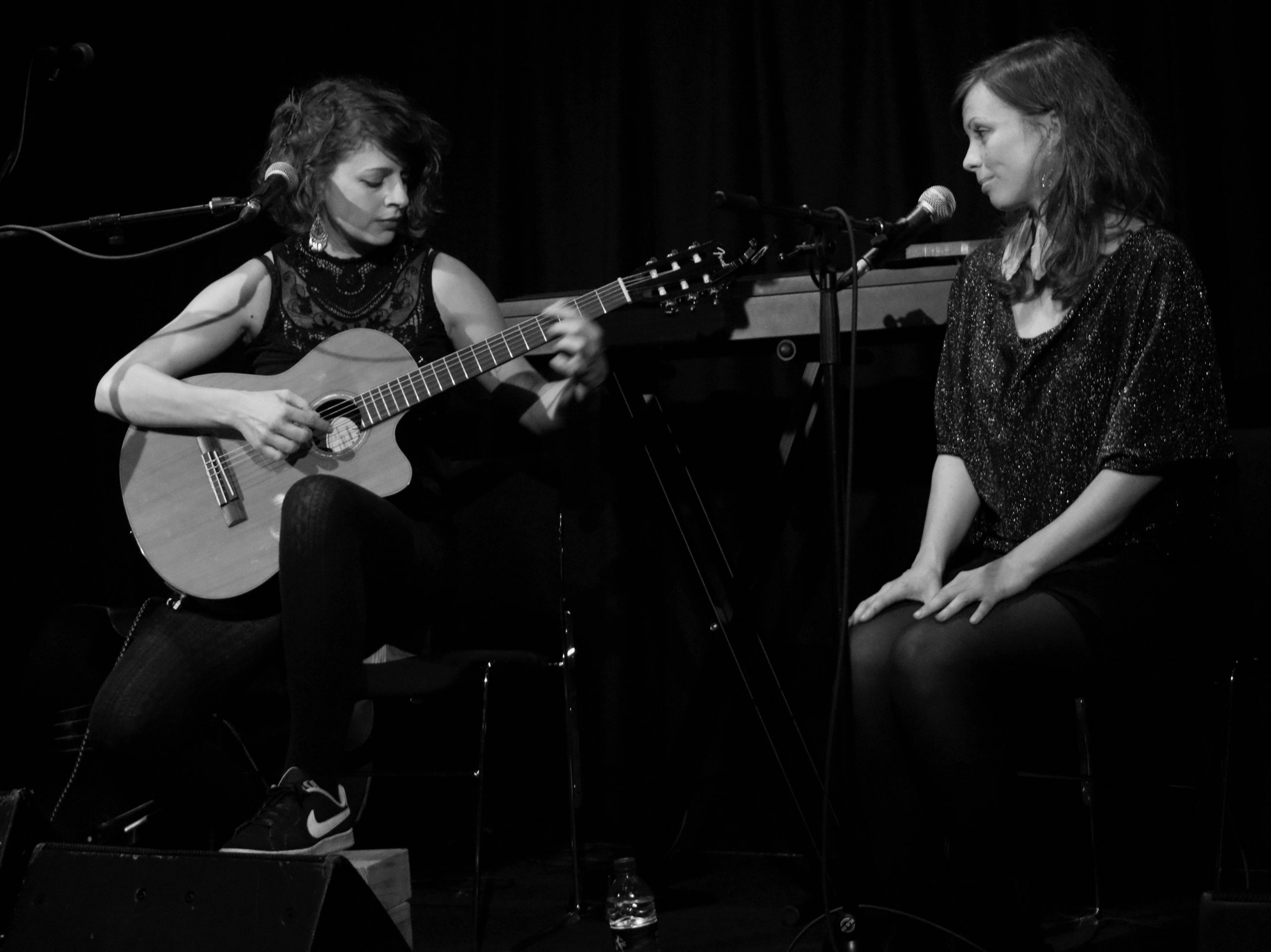 Newcastle’s newest venue, Bobiks, which is splendidly housed in a long disused ballroom on the first floor of the The Punchbowl Hotel, has quickly become one of the most well respected small venues in the North.  Garnering praise for its brave and refreshing programme of events encompassing music, comedy, theatre, cinema, workshops, comic masterclasses, arts projects and talks on culture, beer and even cycling.

Suthering will be performing songs from their debut album If We Turn Away (release date: 25th of February 2022) at this afternoon concert in Newcastle. The album which explores themes of community, connection, environment and conscience is very much a reflection of the times we are living in and has been influenced by the duo’s experiences during the pandemic. Each song is carefully crafted and arranged, telling tales of struggle and triumph against all odds; from both their own lives and from stories they have found.

The duo moved from Bristol to Devon in 2019, just before the pandemic hit, in a bid to create a life more connected to community and nature. These themes can be found woven into their music and in their band name which was inspired by the Robert Macfarlane book Landmarks.

Support act to be announced soon!