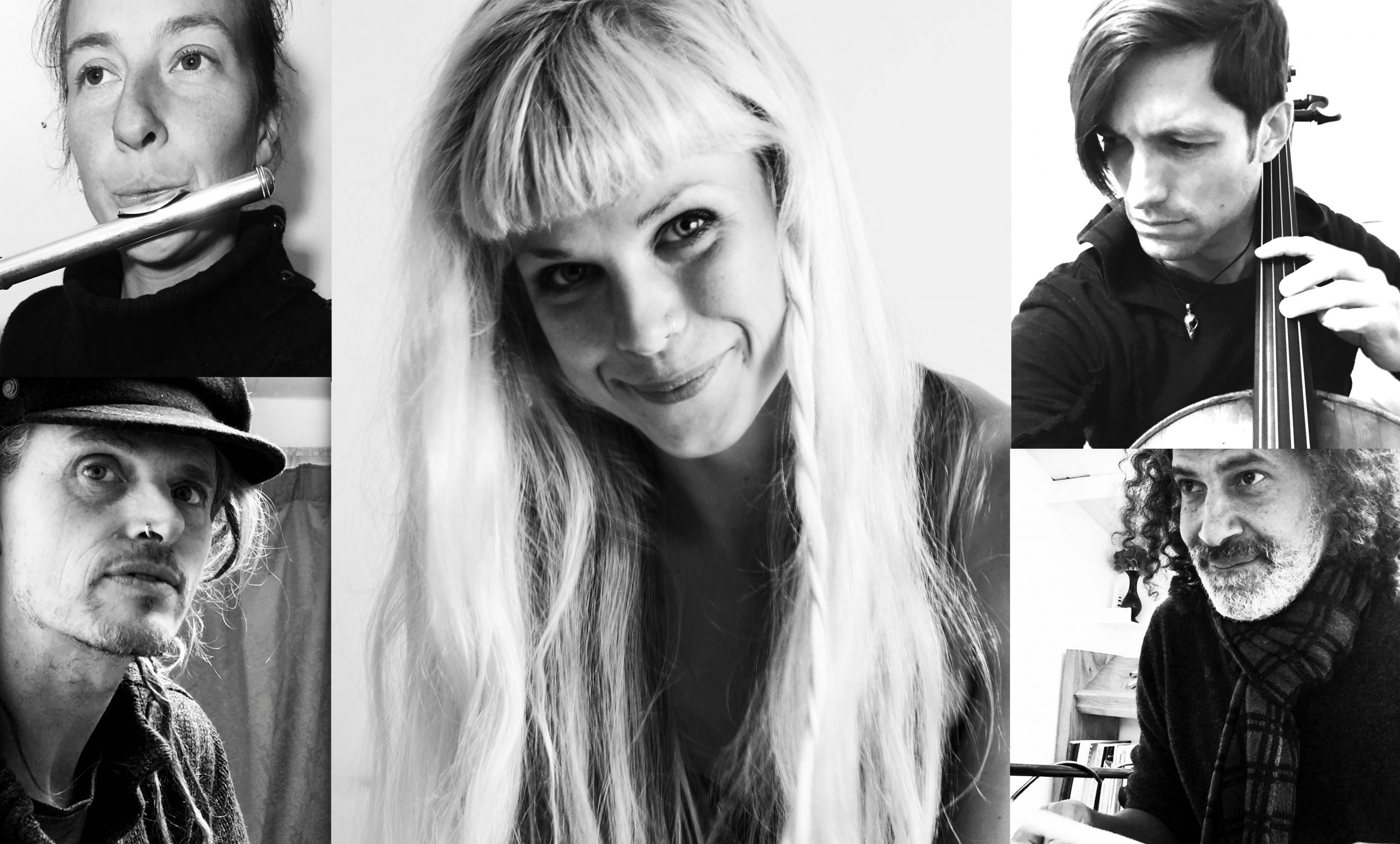 Mae Karthauser is an eclectic singer songwriter with a rich, acrobatic voice and a distinctive circusesque piano style. Drawing on expansive folk and world influences, her songs are vibrant and moody and tell of wayward characters both human and animal, exploring what is faithful in a world of mirrors. Mae’s vocals leap and weave alongside a new 5 piece band, blending the bounce of piano and Rhodes, 3 part vocal harmonies, meandering and soulful flute (Ronja Schlumberger), deep swoops and pizzicato cello (Ben Roberts), warm and rich bass lines (Rich Taylor) and the inventive and sometimes explosive rhythms of drums (Ric Byer).

Mae has toured extensively in France and across Europe and has collaborated with contemporary circus companies – most notably on BBC Two’s The One Show, where she played whilst harnessed off the edge of BBC Television studios with The Flying Frenchies. Alongside collaborative work, she has recorded three albums and performs solo and with “The Midnight Fairground”.