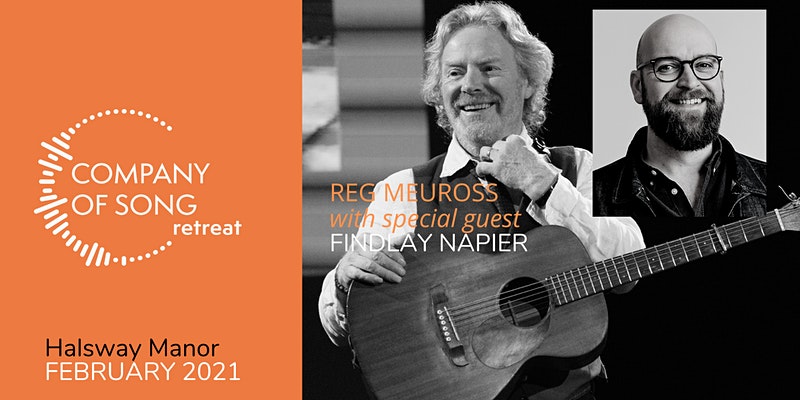 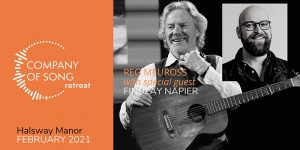 Reg and Findlay met for the first time at the Celtic Connections’ late night festival sessions in January 2020. Three months on they performed together at a very special double-billed evening of storytelling in song, presented online by Oxford Music & Folk at Oxford Folk Weekend. It was such a great night, the seeds were sown for these two to work together again.

This retreat is a wonderful opportunity for songwriters of all levels to forget about the rest of the world and just write songs, talk about songwriting and hang out (from a distance, but definitely together) with like-minded people for three days.

‘From A Distance’ includes our usual mix of workshops, exercises and inspiration, the difference is, you join us on Zoom from your own home. We’ll send you a clear timetable in advance, so you can plan out your songwriting time, between the guided zoom workshop sessions and sharing sessions.

Songwriters of all levels are welcome. You will be well-supported by Reg and Findlay, assisted by Katie Whitehouse.

The programme includes group and individual tasks to stretch and challenge, opportunities to share work, a chance to play songs to Reg and Findlay for feedback (song clinics), plenty of writing time, Q&A sessions and a live gig with a very special guest..