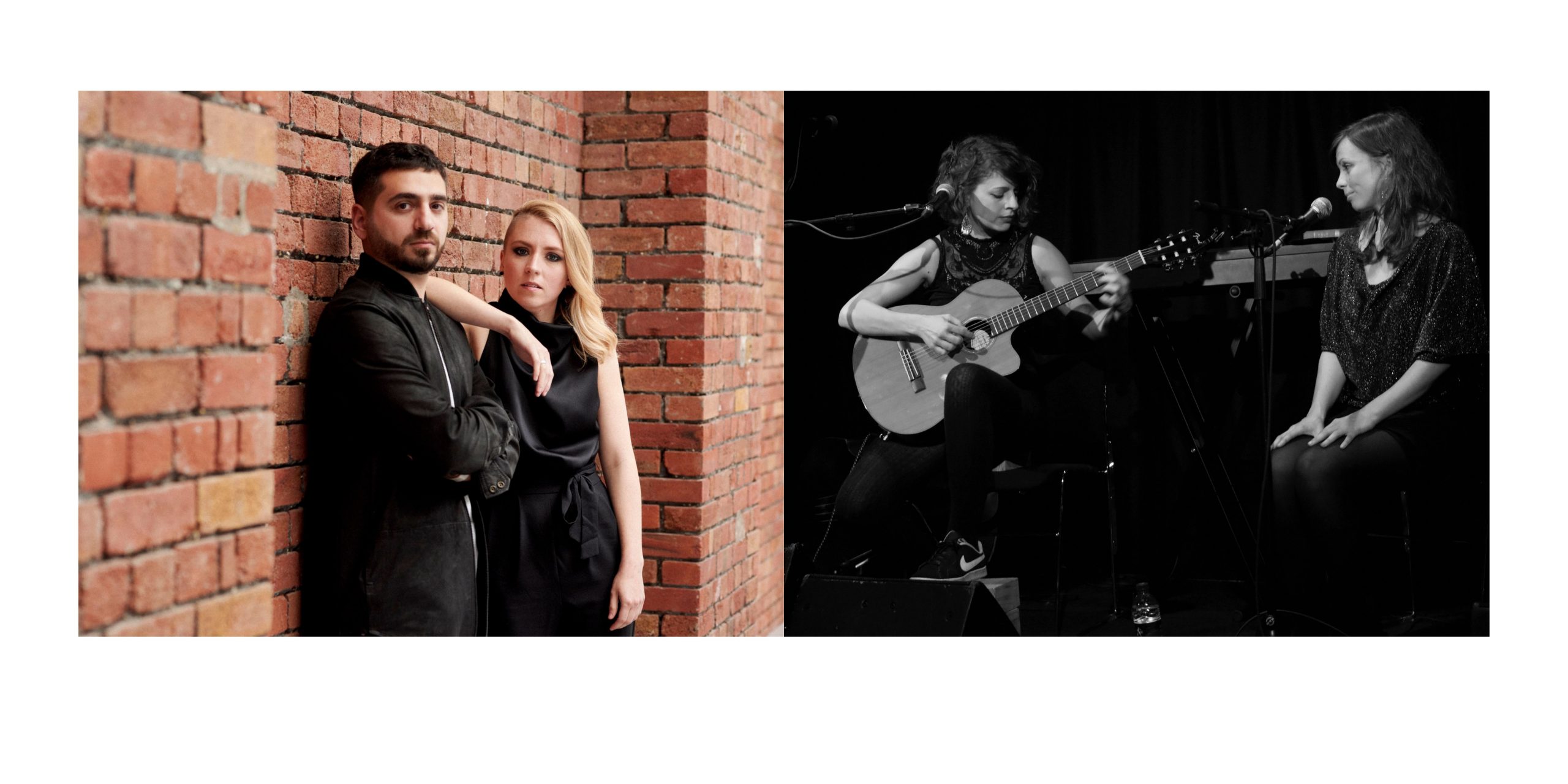 Suthering:
Suthering meaning “the sound of the wind through the trees or wind under a bird’s wing” combines the musical talents of Julu Irvine and Heg Brignall who have taken the folk scene by storm with their unusual and fresh approach to folk. Julu and Heg are true story-tellers who champion female characters, creating new narratives for women and unearthing the female heroines of folk.
What sets them apart is their wonderful chemistry and charisma on stage, natural humour and two beautifully matched voices. With an unusual mix of cascading, dramatic piano; intricate, fingerstyle guitar; flute, whistles and harmonium, Julu and Heg bring an exciting take on folk storytelling with their evocative and distinctive sound. Their arresting a cappella arrangements have been memorable favourites with audiences.
Their debut album If We Turn Away was recorded and co-produced by someone very familar to the ACE Space audience – Lukas Drinkwater. The album which explores themes of community, connection, environment and conscience is very much a reflection of the times we are living in and has been influenced by the duo’s experiences during the pandemic. Each song is carefully crafted and arranged, telling tales of struggle and triumph against all odds; from both their own lives and from stories they have found.

Hannah Scott:
From Suffolk via Italy, Hannah Scott performs contemporary folk music and is picking up a loyal following thanks to her distinctive voice, strong melodies and thought-provoking lyrics. She has found her musical home with creative partner Stefano Della Casa and their music has been heard on BBC Radio 2 and 6 Music, including a live session on Dermot O’Leary’s show, and praise has arrived from publications such as The Guardian and Clash Magazine. Hannah’s arresting live performances have earned her support slots for artists including Madeleine Peyroux, 10cc and Seth Lakeman and she has twice travelled to New York festival “Mondo NYC”, receiving PRS Foundation funding and running a successful crowdfunding campaign to fund the trips.
When Hannah and Stefano appeared at ACE Space supporting Holy Moly and the Crackers we had so many positive comments that we just had to get them back for a longer set.