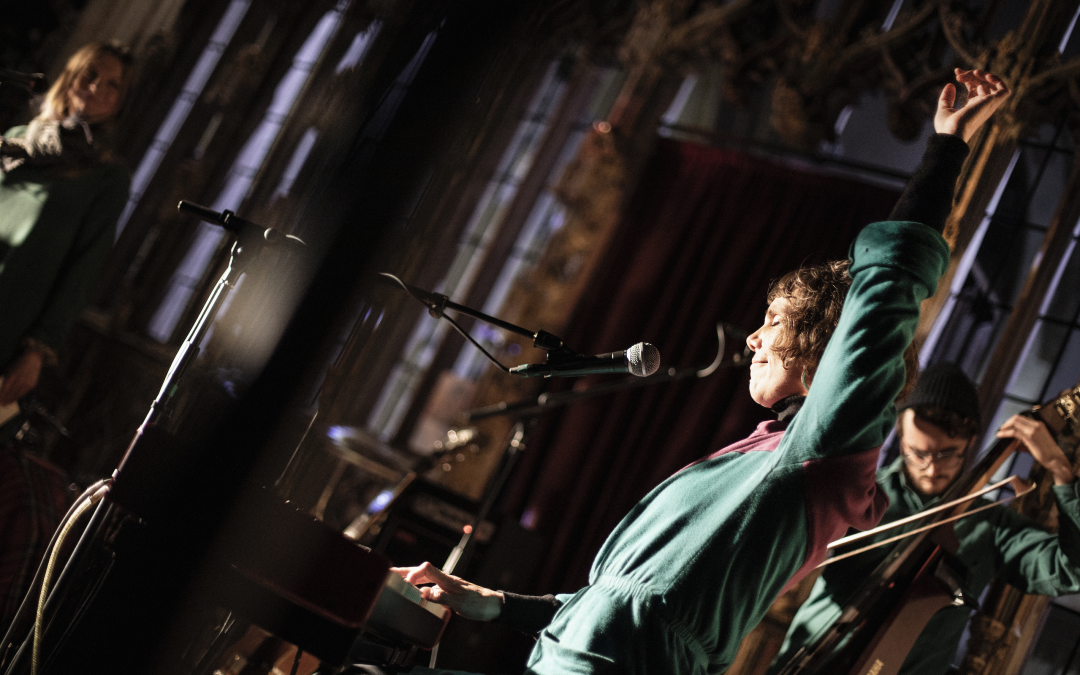 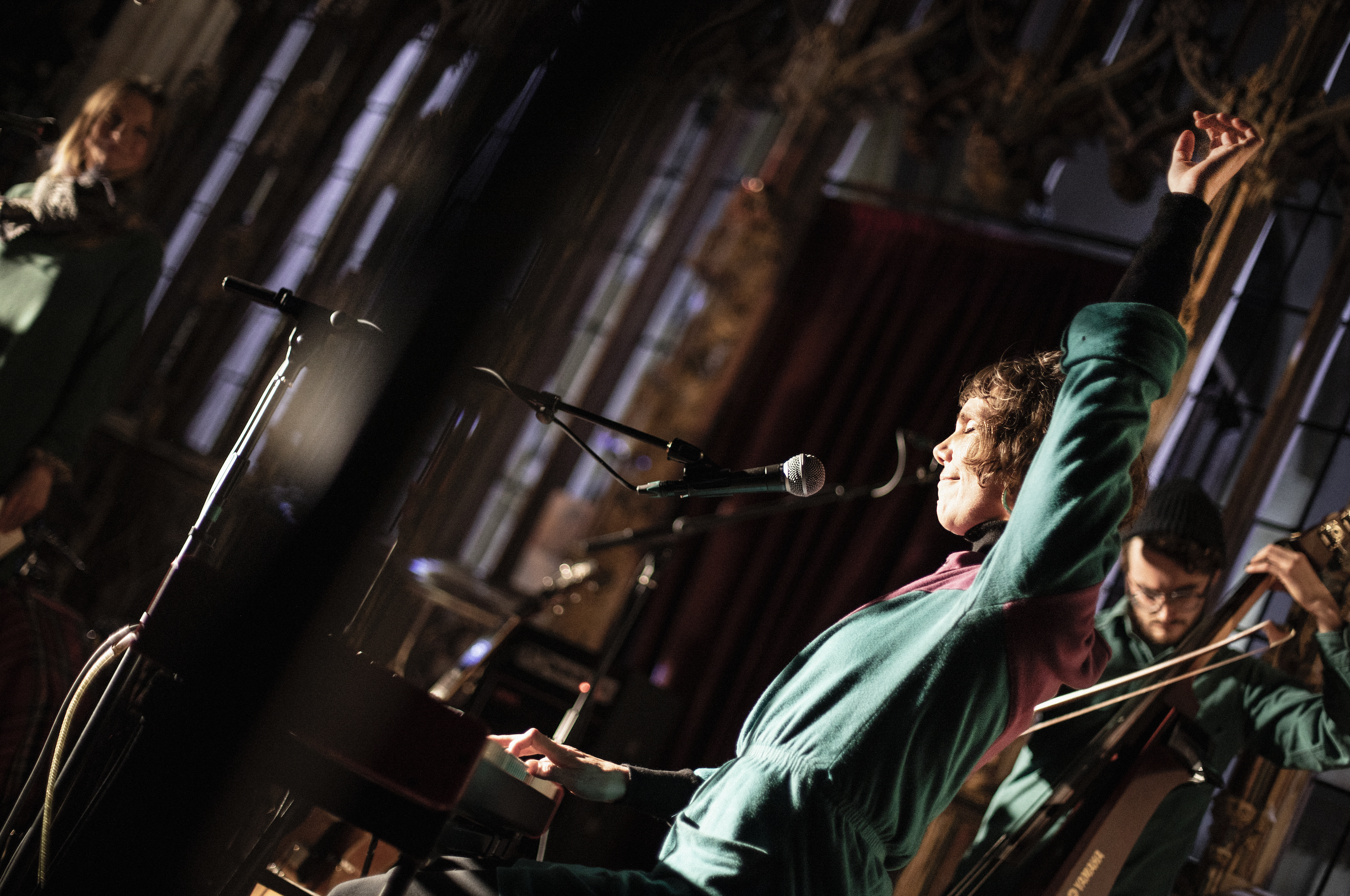 Andy Hill took to church for a concert presented by From The Whitehouse and The Blackbird Collective, with Rachael Dadd, Long For The Coast and Maja Lena and found voices united in togetherness..

What a voice. Dark and high and strident, like the blustery November night. Her acrobatic phrasing merging, as though via synaesthesia, with the gothic tracery of St Mary’s sublime ceiling. ‘You’re all very quiet,’ she observes at one point. Well, yeah. Three voices – a holy trinity – are buoyed along by Maja’s propulsive guitar picking. Both of this world, and decidedly celestial, in a manner St Mary’s long-dead masons would surely approve.

Long For The Coast

Long For The Coast are spiritual too, but in a different way. Jamie Gould’s big, handsome voice puts me in mind of a preacher at one of those fun American revival churches. A few of us, back in the cheaper pews, feel compelled to stand and sway, as the band weaves a patchwork of uncanny grooves and airy, anthemic choruses. Skittering drum breaks dovetail into sublime singalongs, accents modulating from broad home-counties vowels to cod West Country. ‘Let the angels here gather round / Hold on brother, hold on’ they implore, bringing me out in goosebumps.

I mean, it is chilly this evening – about half the assembled flock are trussed up in scarves and woolly jumpers, the odd bobble hat nodding along to the beat. Whisper it, but churches also lend themselves very well to a nice tipple. The Angel bar, just at the back, behind the font, feels agreeably heretical with its neon sign and generous slugs of gin and plonk.

If Maja Lena evokes some solemn folksy past, and Long For The Coast a jangling, nervy present, Rachael Dadd is looking squarely into the future. Hers is a big, colourful sound. Fluttering keyboards, jewel-bright synths. Angelic harmonies. Juicy, full-fat basslines. Rachael’s childlike glee is infectious, and adorable, as she dedicates one tune to her mum – an ardent campaigner for cycle paths, apparently, which goes down very well in Totnes. ‘Footsteps’ is a cracking tune, by the way, as is the encore, written, Rachael reveals, when she was ‘living on an island in Japan’. This feels entirely on-brand.

Soundman Ben, who somehow makes tonight’s disparate order of service sound exquisite in this vast barn of a space, told me his big insight going in was that churches are basically designed to carry voices. It’s their whole thing. That, I think, and a unique facility for bringing folks together. Irrespective of whatever madness is going down in the outside world – to humbly congregate in the presence of the divine.