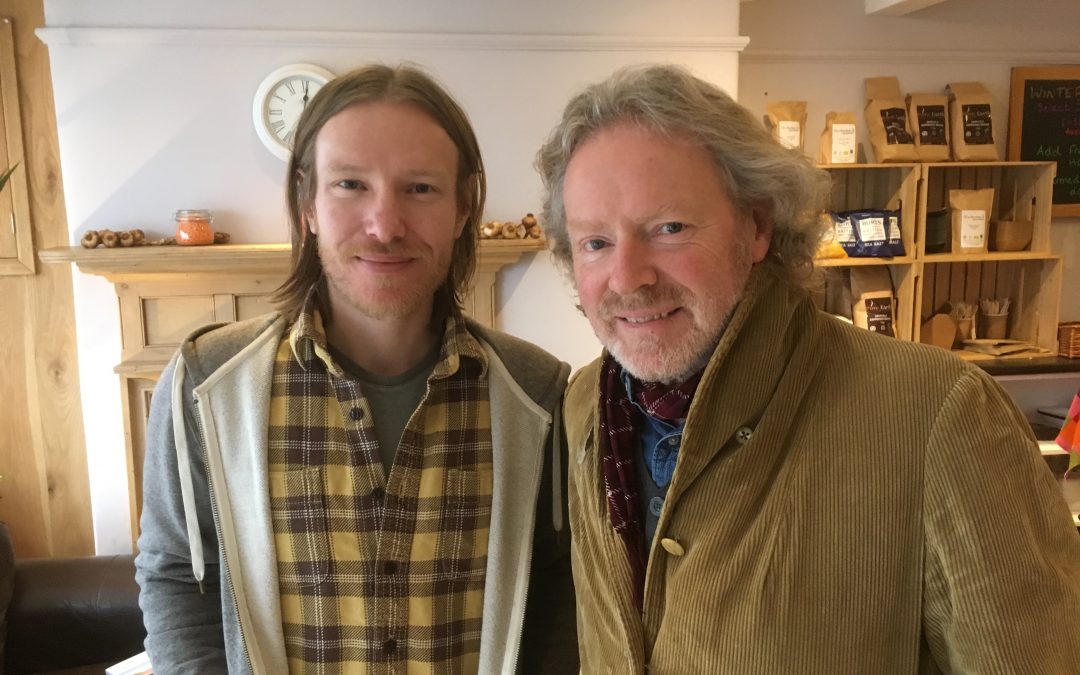 We’re excited to announce that Devon-based musician and journalist Ben Morgan-Brown (pictured here with Reg Meuross) has joined the Fromthewhitehouse team.
Ben has worked at the infamous Tin Pan Alley Recording Studio on Denmark Street, sold guitars to the ‘rich & the famous’ and the ‘not-so rich & famous’ as manager at Mansons Guitar Shop, and he once spent an entire summer teaching himself how to play Bert Jansch songs whilst living in a caravan.
He writes for FATEA Magazine and Bright Young Folk and also presents videos reviewing acoustic guitars and related accessories for www.acousticreview.co.uk.
As a musician he has performed at Green Man, Glastonbury, How The Light Gets In, and Sidmouth Folk Festival, and his songs have been described as ‘absolutely beautiful’ (John Bramwell, I Am Kloot), ‘sheer understated brilliance’ (BBC Introducing) and ‘miserable’ (his Mum).
This weekend (Saturday 9th February) Ben headlines at Twiggs Gigs Exeter. Tickets HERE.
“I’m really excited to be joining the team at Fromthewhitehouse and I’m looking forward to working with all the fantastic artists we represent. I’ve known Katie for several years due to her work with the local music scene in devon and to be working alongside such a committed and passionate supporter of folk and acoustic music is a true privilege” says Ben.
Here’s Ben at the Big Comfy Bookshop in Coventry last year