Reg Meuross is awarded a bursary from Halsway Manor 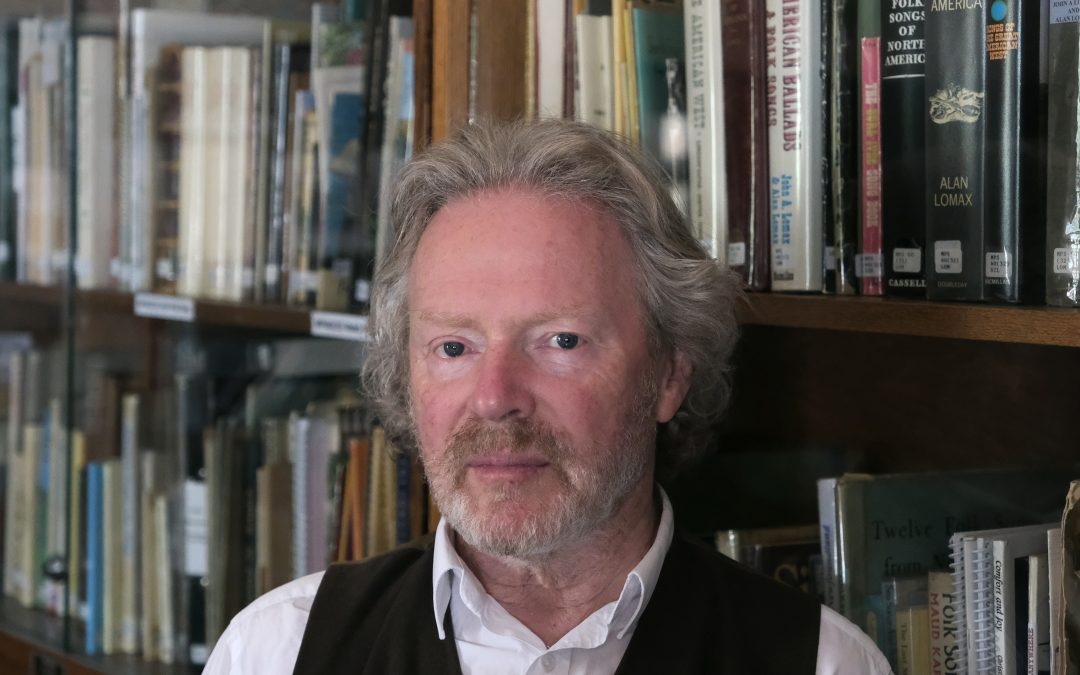 Somerset-based singer/songwriter Reg Meuross has been awarded an Incubator Bursary from Halsway Manor to support the development of a new project telling the story of the South West’s shameful links to the slave trade.

Halsway Manor is a registered charity that supports traditional folk arts and houses the Kennedy Grant Library, a nationally important collection of folklore, customs, music, dance and song, the second largest library of its type in the UK.

Crispian Cook, Chief Executive of Halsway says: ‘We are very pleased to announce that Reg Meuross has received one of Halsway Manor’s Incubator Bursaries. The bursaries are given to assist in the development of interesting and important new projects and Halsway is delighted to be working with Reg in 2021’.

As a recipient of an Incubator Bursary, Reg will have access to this library, as well as a small grant towards the costs of research trips. Halsway Manor will also provide Reg with a week’s accommodation, during which he can immerse himself in the writing process, soaking up the inspirational atmosphere of the manor and it’s grounds.

Recognised as “true troubadour with a social conscience” by BBC Radio 2 Folk Show presenter Mark Radcliffe, Reg has made it his lifetime’s work to bring the stories of the oppressed, forgotten and misrepresented members of society to light.

“I’ve been a singer/songwriter, a folk-singer, all my life. Telling stories that reflect our times, telling important stories from history, highlighting issues that I believe are important; songs about people, for people.”

In 2019 Reg toured a live show of his song-cycle 12 Silk Handkerchiefs, telling the story of the Triple Trawler Disaster of 1968 and Lillian Bilocca’s subsequent fight to improve safety laws. The Arts Council of England, who provided financial backing for the tour, described it as an “exceptional work that reminds us that no matter who we are we can make a difference”.

The new project, tentatively titled Stolen from God, was inspired three years ago by a chance inspection of the ornately carved ‘Martyrs’ pulpit of Exeter cathedral, erected in memory of Bishop John Coleridge Patteson who was murdered on the island of Nukapu in the Solomon Islands in 1871.

What the pulpit does not depict was that Patteson’s work as a missionary involved taking children from their families and homes on the Islands, sometimes for years, to be educated in ‘Christian Culture’ in Auckland before returning them to ‘lead the next generation’.

Equating the martyrdom bestowed on Patteson to the millions of pounds in compensations paid to the plantation owners on the abolition of slavery, Reg undertook several research trips: visiting churches, sifting through public and parish records, connecting with local historians and awareness activists; and the scale of the South West’s involvement and influence in the slave trade began to reveal itself.

“Evidence of the Trade is everywhere in the West Country: Topsham, Plymouth, & Barnstaple were all significant ports,” Reg explains.

“Many of the country estates have links with slavery; the Rolle family of Barnstaple and their estates in Barbados; the Vicar in Hatherleigh who was bequeathed 8 slaves in a will; John Hawkins and the first Slave expedition from Plymouth in 1562, and Bridgwater, the first British town to petition Parliament for abolition in 1785.”

“And, of course a prominent figure in the Trade was Edward Colston of Bristol, whose legacy is everywhere in that city; schools, streets, Almshouses, hospitals, churches all benefitted from his generosity. Generosity enabled by his role as a member of the Royal African Company, which stole an estimated 84,000 enslaved men, women and children in the time that Colston was with the company.”

The toppling of the Colston statue as part of the Black Lives Matter movement in the summer of 2020, and the subsequent debates as to how to display it again show that there are many truths about the relationship with slavery to be confronted and examined in the South West.

Reg Meuross has never shied away from confronting uncomfortable truths, questioning the decisions of the powerful, and addressing false histories in his songs: whether it’s calling out the repugnant effects of austerity in Faraway People, or hard-hitting social commentary with The Lonesome Death of Michael Brown, his belief that “folk songs provide a rapid and accessible route into history and its relevance to current affairs and our lives” stands him in good stead when it comes to unearthing and tackling the subject matter of Stolen from God.

“While nothing can be done to atone for the atrocities carried out against Africans during that shameful period in British history, it’s obvious to me that there is a need for awareness of the West Country’s involvement in the Trade to be increased on all levels.

With the support of the Halsway Manor Incubator Grant, I hope I can establish a different platform for information, an artistic portal into the global story of slavery, and an admittance and acknowledgment the West Country’s role within it.”