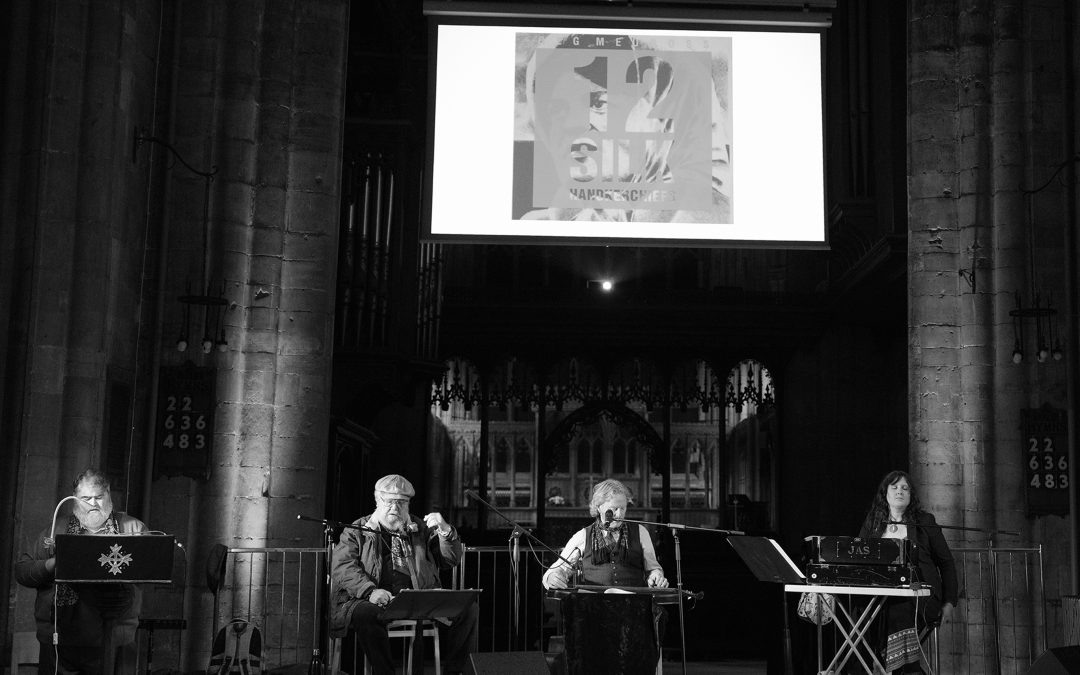 The winter of 1968 will always be known as the Dark Winter in the fishing community of Hessle Road and the wider maritime community in Hull and beyond.

Three trawlers, the St Romanus, the Kingston Peridot, and the Ross Cleveland, were all lost at sea in the space of a  few weeks between the end of January and the beginning of February. The loss of three ships sent a shockwave through the fishing community which would have a lasting impact.

Lillian Bilocca started a campaign to improve health and safety aboard the ships, a campaign that received 10’000 signatures in 10 days, and that led her and her ‘headscarf revolutionaries’ all the way to Westminster, and a meeting with Harold Wilson that eventually led to the implementations of her demands.

Inspired by Brian W. Lavery’s book, The Headscarf Revolutionaries’ Reg released ’12 Silk Handkerchiefs’ in 2018, his song-cycle about the Hessle Road community, the Triple Trawler Disaster, and about Big Lil’ herself.

The album was developed into a live show that told the story of the winter of ’68 through Brian’s narration, archive footage, and Reg’s songs, accompanied by shanty singer Mick McGarry and Multi-instrumentalist and vocalist Sam Martyn.

If the current situation were not upon us, Reg and the 12 Silk Handkerchiefs team may have been back out on the road during late 2020 and early this year but, as things stand, that’s sadly not the case.

However one of the shows from the highly-successful 2019 tour was captured in full and we’re pleased to share it with you.

As Reg himself says:

“12 Silk Handkerchiefs is a classic tale of ordinary people doing extraordinary things, and the mighty strength of the human spirit. If ever there was a story of survival vs. greed, honour vs. entitlement, courage and bravery vs. careless exploitation this is it. I believe such a story in living memory needs to be told now, and remembered for the future.”